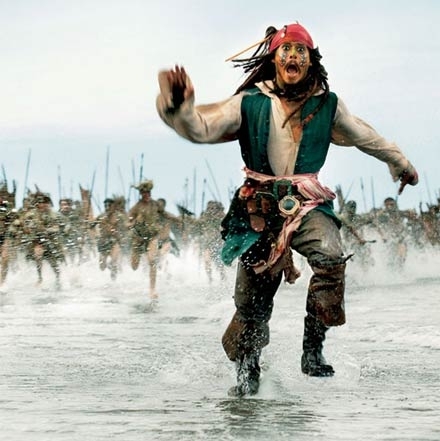 Lead, Manage or Dig was conceptualized during my onboarding to a challenging mining project in the hills and on the beaches of Madagascar in 2009. During that time, I was fortunate to have experienced an organization where the Leaders were engaged in tactically meeting their collective challenges and their Managers were busy cultivating values across a wide-range of National and Third-country National Diggers to meet short-term objectives and long-terms goals.

Years before the Leaders had set a strategic, risk-mitigated course designed to achieve investors’ goals. When the economic climate changed in 2008—nearly sinking the project—tactical planning and change management took the helm.

Dreams immersed my unconscious state with visions of sharks and pirates. When I awoke I was drenched, but the sweat was not of the sick feeling in my stomach. My Quartermaster reported two junior officers jumped ship in the night.

The change in weather has brought uncertainly to the entire crew and I fear before long they too will abandon us. My plan to reach the Mascarene Islands by winter solstice has been changed by this inclement weather. I’ve never seen anything like it. No one could have predicted the severity of this storm; its sudden arrival has presented me with a challenge I was not prepared to engage in. Regardless, I will adjust the sails and continue on with a new strategy. Delays are inevitable. I’ll send word to the King that we no longer can afford to invest in native guides; the remaining officers themselves will have to guide the crew to the treasure once we land on the shores of Madagascar. The extra Gunners I’ve requested from the colonies will have to remain there until further notice. When the weather clears I’ll engage the remaining crew in self-defense exercises to prepare them for the challenges they’ll no doubt face in the months ahead.

Captain Cèo (pronounced k,ēˈō) sighed; flipping closed the leather-bound logbook, placing the quill back in its well. “The Kind will not be pleased when he learns of this debacle.”

His cabin was crammed with artifacts, much of them from previous voyages—places long forgotten—of which most were useless on this particular voyage, but he held on to them all the same; memories of experiences, now reflecting wisdom in the old man’s soul. Somewhere, in the mist of all his relics, there was a treasure map he’d sketched four years earlier while exploring the tropical hills of an island he’d discovered while sailing from his motherland to the subcontinent of India. He stood, ducking to avoid the lantern swinging from a knotted-pine beam, swaying as he did, then headed for the door.