Captain’s Log: 110608 06h30 —29° 00′ South latitude and 24° 00′ East longitude—near the Eastern Cape of South Africa— Lead, Manage or Dig was conceptualized during my on-boarding to a challenging mining project in the hills and on the beaches of Madagascar in 2009. During that time I was fortunate to have experienced an Organization where the Leaders were engaged in tactically meeting their collective challenges and their Managers were busy cultivating values across a wide-range of National […] 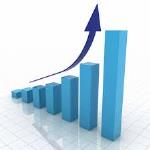 What defines the HpO (High-performance Organization) is not merely its ability to sustain a five-year advantage over its competitors in terms of generating profits—although that is a favorable trait, especially to its shareholders. Possessing that quality alone would simply make a company a peak peforming organization. How the HpO and the peak performing organization differ is in their respective cultures;